11 Leaders Whose Actions Speak Louder Than Their Words 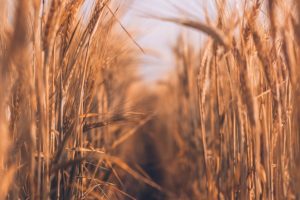 You’ve probably heard that from your parents.

You’ve probably caught yourself saying it to your own kids.

Or even if neither of those in the case you’ve probably experienced both sides of this phrase.

Some of the most successful leaders have been the ones that have kept their words close to their actions. But even in the things we say we often aren’t really doing it. Even if we truly believe it.

For example, I have heard successful businesspeople say that they wish they would have gone to school. They suggest that to young people that ask them for advice. But does it really make sense? If this person was successful without school, isn’t that a good path to follow?

Obviously there are no guarantees with anything in life, but you can get a pretty good picture of someone and something by looking at the actions, not listening to the words.

Here are a few leaders that exemplified this…

Kirk Kerkorian is one of the least-known billionaires in the history of the world. He was very silent in his work, but he made a lot of “splashy” moves over his lifetime. One of my favorite stories about him is how he saw an opportunity to buy a military plane in Hawaii for cheap. He knew it could be sold in the mainland US for double or more in profit. But he had to get it back. That required some unique cargo choices, some good luck in weather and even then it was very risky.

Sure, he almost crashed, but he made it. He made the profit. He kept turning that profit into more business success. Not always, but more often than not.

It’s getting a little old now, but we often hear about the great railways of the 19th Century. Many of those railways were, however, deep in debt with leaders of questionable character. That doesn’t, however, seem to be the case with James J. Hill. His roads were very successful. He invested a lot of money for the long-term in his roads. He invested money in the towns along the roads. Hill was successful in a lot of things including buying bankrupt businesses and building them back up and selling them off.

Again, a doer, not necessarily a talker. If you wanted to learn from Hill you had to watch his actions.

Sam is probably best described as an extrovert. We’re talking about someone that loved talking to customers in his stores. And he led the Walmart chant for a long-time until the day he died. He would help to get his employees enthusiastic about the day’s work.

NFL people often talk about The Patriot Way. It’s one thing for an NFL coach to talk about building a culture. It’s another thing for a culture to actually be built. Too many coaches succumb to the pressures in the short-term and they take short-cuts. It’s understandable.

Belichick may have gotten somewhat lucky with his first Super Bowl win. It was only his second season with the Patriots. But after that success he used his newfound influence to build his culture. And it worked.

The culture is mostly about what Bill does. Cutting players that don’t do what he wants. He’ll take chances on players, but if they don’t fall in line they are gone. Typically, if you don’t want to play for the Patriots, you don’t have to. Bill will move on from you.

But the thing is, players like winning, and The Patriot Way breeds winning.

The move from Steve Jobs to Tim Cook held a lot of interest in the world. Both in the business world and in the consumer world. All things considered, Cook has done an incredible job. He’s still being judged, but overall things have gone well and seem to be heading to good places in the future.

Cook is more visible now obviously. But before taking over, he was very much behind the scenes. He seemed to withhold speaking. He even seems to be a bit of an introvert now. Sure, he’ll talk about his plans for the company, but mostly you just watch what Apple does and you see where they are going.

Mark Zuckerberg has been a controversial figure in the world the past 15 or so years. He seems to be naturally introverted. He seems to not suffer fools gladly. That has worked against him many times when he’s spoken on the record. And it’s even come back to bite him when seemingly private conversations come to light.

One thing that is obvious by his actions is his desire to connect people and to make the world wide open and seemingly without privacy. Whether that’s good or bad, it’s the case. You can tell by the actions Mark has taken with his company.

It’s never been a secret. It’s been there from the start. And that’s fine. You just have to pay attention to actions as you would with anyone.

Obviously George Lucas is most known for Star Wars. The idea of it, though, was crazy. Nobody believed much in it. Lucas famously gave up some upfront money in return for more control over the film. He even made a film before so he could build his reputation and earn more control.

So often, it’s easy to do the things you’re told. And that’s fine. But use it to your advantage. Have a long-term vision if possible and be willing to take action on the things you believe in. Talking about it won’t lead to positive results.

Bart Starr isn’t as well known today as other famous quarterbacks. It’s probably because of his introverted nature. But you know what? He probably knew that he was the best. Even through all the years that other players did well, he probably knew that he was just as good. He knew what he did. He didn’t have to talk about it. He put in the work behind the scenes. He walked on eggshells around his vocal boss, Vince Lombardi.

Nearly all of Bart’s teammates revered him. Not for his rousing pre-game speeches, but for his play. For his actions on and off the field. Bart set an example, more than any other Packer, for what the team was all about.

Five championships in seven years. Three in a row. That’s right, there’s a reason the Super Bowl II ring has three diamonds in the middle…

Eli Manning retired as a backup. But most quarterbacks don’t go out on the most ideal of terms. Eli was often criticized throughout his career. He didn’t appear in as many commercials are his more outgoing brother. He often seemed quiet and reserved on the field. But he was an incredible player and he did it in some incredible moments.

He also played through pain. People often talk a tough game, but few walk it. Eli walked it. It showed. Fans and players could see it.

Early in his career, Buffett was shy and reserved. He probably still is today. But in those early days he was afraid to share his ideas. Then they would later turn out to be good ideas, but without his standing up they weren’t often put into action. As he grew, though, Buffett began to take more action. He took control. People often talk about Buffett’s annual letter. But you can really learn just as much and more by watching his actions.

There haven’t been many “controversies” in the country music awards scene over the decades. But two of the most well known have come from perhaps the most reserved country star of all time. Alan Jackson didn’t make a big fuss about himself. He just went about his business and kept it country. He led by example for others. In 1994, the ACM Awards wanted him to sing live over a backing track while his band synched along. Alan told his drummer to play without drumsticks in protest. Later in 1999, Alan found out that the CMA Awards didn’t want George Jones to play the entirety of his hit single, Choices. George decided not to do any of it. Alan took his full slot, cut it in half and used half to play Choices. He didn’t take up extra time. He didn’t cause a big fuss. He didn’t really talk about the things he did. He just did what he thought was right.