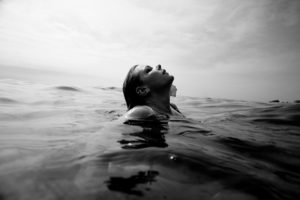 It’s a common belief that many small businesses fail within the first year.

And that’s true…to a certain extent.

One finding is that about 30% of small businesses close shop within the first year or two. By Year 5, that number has increased to about 50%.

So it’s not too bad.

It’s a big commitment to launch a business. So that filters out those that probably aren’t fit for running a business. Then more are filtered out with each passing year.

The first two years are interesting. There are definitely challenges, but there are also usually many positives. There is also a euphoria that seems to occur often. Every new customer or client seems like a huge win. You’re usually running very lean so costs aren’t crazy high depending on what you’re doing.

There is also excitement and adrenaline helping maintain the business.

But things get interesting around Year 3. New challenges come about that are crucial to the life of the business and making it through. Here are some things to watch for…

Many businesses begin when someone has an opportunity to work with a large client. Say you’re a designer working for a firm. They want to work with just you and not the firm anymore. So you go out on your own. Then you bring on other designers as you work to bring on more clients.

Things go well for awhile, but then after some time the client that has been so good finds another solution.

That can be enough to cripple most businesses around this time. It’s actually a risk at just about any time in the life of a business. If you have one or two clients that make up more than 33% of your business then you’re at risk for something like this happening.

New big clients can be a blessing and a curse.

Some people love working in startups. It’s an exciting atmosphere. The bureaucracy usually doesn’t ramp up until a few years in. And some just love being part of the early stages.

That’s a great thing until you hit about Year 3 and beyond. Now you’re at risk fo losing some of your best people. Those that really want to work for startups, but also those that may be disappointed. Some people struggle with patience and by Year 3 they might think that your business doesn’t have the potential that originally attracted them.

When you start at zero the growth is obviously going to come in the first couple years. It seems that most businesses are happy with the first year sales. Unless their initial expectations are too high. Year 2 usually sees some growth.

But then around Year 3 there is often a little slow down or even negative growth. This can be a breaking point for most businesses. You’re at risk of spending too much thinking the growth rate will sustain.

4. Increasing Late or No Payments

When you’re new you’re not necessarily spending a lot of money on things. You’re running lean. If a client or two take a little while to pay you’re not too worried about it. But as expenses increase heading into Year 3, it becomes a big deal to get those payments on time.

As those late payments increase it can cripple cash flow and send your business under.

As you start growing you start getting money. You start getting new opportunities. Bigger customers. More employees. You have to start deciding if you take home profit or if you invest in capital expenses like buildings, equipment and things like that.

There isn’t a right or wrong decision. But making the wrong decision either way usually comes around Year 3. You either spend too much and take on too much debt or you don’t invest and your growth slows as you miss out on new opportunities.

When you’re new and running lean you’re usually working extra hours to handle everything. You’re learning how to setup the operation and making improvements. But by Year 3 things can catch up to you. Things can become very inefficient and this can lead to issues with the product and issues with overworked employees.

It’s something that can be overlooked unless you’re really paying attention to all the processes and constantly improving them.

But that’s just not how it works.

Let’s say you have something really good going on. A new local business that serves a previously underserved market. Or an online business that was pretty new to the market.

If you build something worth having, others will come eventually to try and take it away. That’s how the world works. It’s a double-edged sword in life and especially in business.

You’ll have to deal with this around Year 3 and beyond. You can plan for it. You have a head start. You have to look internally even as new competition comes along. Even if they fail early they will still take some business from you.

Customers are pretty lenient with new businesses. They’re usually early adopters. They know what to expect. A few hiccups and things like that. But as you get into the later years, customers aren’t as forgiving. They expect more from more mature businesses. This can lead to disappointment and poor reviews, which can accumulate and deter future business.

Year 3 is kind of like your teenage years. Awkward and struggling to get the next level where you’re more comfortable in what you’re doing.

Year 3 usually brings an interesting inflection point for the owner. You can run on enthusiasm for awhile. But you’ll reach your first question mark point around Year 3.

Is this really worth it…

The answer is often “yes” for many business owners. But others question things and sometimes decide to shut it down even if it’s promising.

Running a business has challenges at every point along its lifespan. The first year is tough. Most people assume that. But once you get a few years into it there are actually quite a few challenges to prepare for. Hopefully you can prepare a little and ward off a few so you can see things through.