10 BS Excuses We Use To Hold Ourselves Back From Success 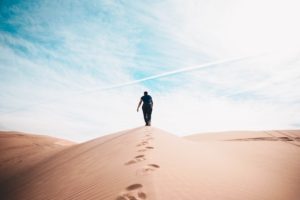 As you sit there right now are you where you want to be?

Are you doing what you want to be doing?

Many of us have dreams. Well tell people to dream big. We think it’s a good thing. And it is.

But you know what?

Thinking about something doesn’t make it happen. Work does. Long-term work. The work that 99% of people aren’t willing to put in. And that may be fine. People with little dreams can be really happy. In fact, they may be happier than the ones with big dreams.

The good news though about dreams and accomplishing them is that you can change your way of thinking. Usually the only reason you haven’t accomplished your dreams is that you’ve put barriers in front of yourself.

Whether you realize it or not.

Here are some of the most common excuses.

Do you know what most successful people say?

They almost all will say or think this in their lifetime:

I wish I would have started sooner.

As I was growing up I would pay attention to entrepreneurs. Businesspeople. I would just sit and listen to them talk. Talk to me. Talk to others.

And that phrase came up all the time.

The reason is that they regret feeling and using the “it’s not the right time” excuse. That’s right. Even successful people have used this excuse, but they eventually got over it and saw how stupid it was.

2. The Plan Isn’t Good Enough Yet

It’s horrible. It holds people back all the time.

It’s fear of failure. You’re afraid of what others will think of you or the thing that you’re creating. So you keep it in a perpetual state of in progress.

Record company executives aren’t all bad. They know that an album or a song doesn’t have to be perfect to touch people. But artists often fall into perfectionism. That’s why the execs get a bad rep sometimes for just telling the artists to release it.

You know what creates better plans?

Doing work. Figuring things out along the way.

You don’t even need a plan to do most things.

This one is surprisingly common.

We might not think it or say it, but it’s there. Kind of in the back of our minds. Holding us back from accomplishing great things. And really holding us back for no reason.

Deserve has nothing to do with outcomes in life.

Just because we follow some set of steps doesn’t mean that we should have something come to us. It might increase the odds of something happening. It might make it extremely likely to happen, but even in the end deserve is really just an imaginary concept.

And we use it to feel entitled to things, but we also use it to hold us back.

You can go after anything in life. It doesn’t matter if you think you haven’t done the necessary things up to this point. This is just an excuse that holds you back from getting started.

4. I Don’t Have The Experience

Very similar to the last one.

You want to start a business, but you don’t have the experience?

Well, how do you think you’re going to get it?

Every person that’s started a business was at the point when they had no business experience. In fact, many successful people didn’t do well in school or in their first job. They experienced a lot of failures, but they didn’t really care.

Again, it’s all about starting. Don’t think about the end result fully. Start with that in mind, but then work backwards and start taking the steps to get there.

I watched a great video on YouTube about a woman that built herself a tiny house. She had no experience. She didn’t care. She said she just did it one task at a time. The frame was first. Then when that was done the wiring and plumbing came next.

She gained the experience while working.

Kind of like the last two, but just a touch different.

I’ve known people that are really good at something, but they still think they’re not good enough to take things to the next level.

Maybe a person that is great at art. They sometimes mention that they want to sell their art on Etsy, but they never do it. They still think they’re not good enough.

You look on Etsy and know that this person is way better than what’s on Etsy.

Maybe you’re doing this to yourself with business. Don’t sell yourself short. You’re probably better than you realize and the rest you can learn along the way.

This has held back a lot of people. If you’ve never seen anyone do it that looks like you, grew up where you grew up or whatever then there is no roadmap.

This is a real thing. We put ourselves in these segments. We look at people around us and think we have to be like them. We use the things they use to limit themselves on ourselves and there’s no reason for it.

One thing successful people have in common is an ability to not see limits. They see themselves as capable of doing anything. It’s like they look at Bill Gates and think, “If that guy can do it so can I. In fact, I can probably do it better.”

Don’t look for examples of people that have done it before. Look to become the one that others look to for inspiration.

Think back 20 years. I don’t think the blue Nokia phone had quite come out yet. If someone would have told us that we would basically have everything in Best Buy in our pockets with something called a smartphone we would have thought they were crazy. That’s Jetsons stuff.

But here we are.

Not much can happen in a year.

You have to take a long-term outlook on the things you want to accomplish. It might seem impossible now, but what if you dedicated the rest of your life to it?

That’s what great inventors did. Even Leonardo DaVinci was trying to solve impossible things during the final days of his life.

Remember when you were a kid and you wanted to hangout with your friends, but your mom wouldn’t let you?

That was a legitimate excuse.

But now that you’re an adult that excuse doesn’t work anymore. But we still blame others for holding us back.

They’re only holding you back because you’re letting them.

Some even blame their kids. “I can’t do it because I have the kids.”

The reason you should go for it is because of your kids.

And speaking of kids. Another aspect of that excuse is that it’s too risky to try something new because you have to take care of the kids. You owe it to them to earn a living and to provide.

But you know what?

What’s the worst that could happen?

You have to live in a small house? You can’t buy anything you want? You have to get a low paying job while you get back on your feet?

Is that really that bad?

Especially when the upside can be incredibly large.

You might not have the money you need to do the entirety of what you want, but you can certainly get started. Work you way up. Spend what you have now to begin. Work to the next stage.

Start with something low end. Flip it. Make more money. Then work your way up until you’re in the big time.

No successful started at the destination.

We make a lot of excuses in life. But they’re almost all an illusion. They’re something we do to make ourselves feel better about not doing what we should be doing and what we want to be doing. We live in our own pity parties and in our dreams. It’s more comfortable to do that. There is a little satisfaction in doing it. But talk to people at the end of their lives. They’re out of time and they know it. And they finally realize that they made all those excuses for their entire lives and held themselves back…for no good reason at all.