Why Tuesday Is The Best Day Of The Week 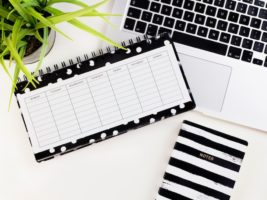 There might be no Sheryl Crow as we know her if it wasn’t for Tuesday.

It was a small collection of people in the music industry and later came to include Crow. They would get together and write songs or discuss what was going on in each other’s lives and things like that.

After a little while, the group began to focus on Crow’s debut album. They wrote songs together. They felt that something good was going on and eventually the album was recorded and released. It would go on to be a huge success and launch one of the most successful artists of the last 30 years.

The fact that this whole thing occurred on Tuesdays is probably a coincidence. But the more I think about my own work and preference…Tuesday is a pretty great day.

Monday is a difficult day. We’re easing our way back into the workweek. Even if we’re excited to start the week it usually takes a little while to get into a groove. By Tuesday, things are settled in and the real work can get done.

There is a lot of “catching up” that goes into Monday as well. Emails and all types of communication. There are meetings about what is on the agenda for the workweek. It’s not the best day for getting things done.

Wednesday is a pretty good day, but usually after a great day’s work on Tuesday and catching up on Monday, people are ready for a little bit of a break. Taking it a little easy or looking forward to some kind of after-work activity helps us get over Hump Day and through the rest of the week.

Thursday is probably as close to a Tuesday as you can get. It’s not the last day of the week. You’re not quite thinking about what is coming up that weekend. If there was one day that might be better than Tuesday, it’s Thursday.

Friday is a day where work can get done. I’ve actually noticed that I get a lot of emails and calls on Friday afternoon. Almost like people like to check items off their weekly list before heading out for the weekend. So Friday can kind of be a catchall day for the rest of the week. And obviously it’s a day when you’re really starting to think ahead to the weekend and some rest and relaxation.

Bottom Line: Tuesday is the best day of the week for productivity. If you have something high on your priority list, schedule it for Tuesdays. Treat this day like its gold. Schedule your most important task and block out the distractions.