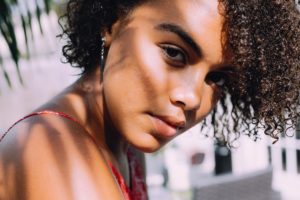 In the music world there is a common term called The Sophomore Slump.

It results from an artist releasing their first album and seeing a good deal of success. Now there are expectations with their next release. Now they have to scramble to find new songs that are just as good as the first. They release the album, usually rushed, and even if it’s good they can’t live up to the expectations.

Those in the music industry will tell new artists it’s mostly because they have their entire lives to make their first record and only a little time to make their second. The odds of the same or greater success are small.

This happens with movies too. With actors, directors, writers and more. It happens in business too sometimes. A business owner or manager might work their entire lives to build something successful. Then they get into a second business and it’s not as successful or even a complete failure.

Part of it seems to be time. Maybe there is a little over confidence going into the second effort. Thinking that you figured out the formula for success or believing that because you’re good in one area that you’re good in others.

The reality, though, is that there are a number of Sophomore Success stories. One that comes to mind in the music industry is Luke Bryan. His story is pretty interesting and I heard about it on a podcast episode with the president of his record label.

The president said that his team came to him to tell him about this kid that was making noise around town. The president went to see him a few times. The shows were sloppy. The songs were cliche. But there was something about him. A star quality. A presence. So eventually they signed him. His first album did okay.

Then it came time for the second album. Luke played the president all kinds of songs and the president thought they were all pretty bad. They finally found one song, Rain Is A Good Thing, that sounded like a hit. Then the next week Luke wrote Do I and suddenly the second record had two smash hit singles.

The sophomore album for Luke launched him into stardom and then his third album took him to superstardom.

And that happens a lot. Garth Brooks saw crazy success with his second album. Depending on how you look at it, Thriller was Michael Jackson’s major sophomore solo album.

Many times we figure things out as we go. We take a learning mindset into our craft. We use the lessons we learned to help drive us to do better each time we do something new.

Sometimes we can stumble on success and fail to live up to expectations the next time. But don’t let that stop you from trying to continually outdo yourself. It probably won’t happen every time, but the only time you’ll really lose is if you stop trying all together.