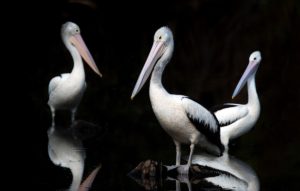 Business blogging can cover a wide range of topics.

Over the last 10+ years of blogging I have seen a few topics that seem to connect with readers consistently.

Start with these and pay attention to that last one. It might be the most important…

Seth Godin has said in a few interviews that he receives a lot of business-type books. He said he doesn’t read many of them and if he does he’ll read the first chapter, which usually tells the reader what to do, then he closes the book and moves on.

The rest of those books often explain why you should do what the author tells you to do. Not always, but that’s the formula. And usually at the end there is a recap of what you should do. The tactics.

Seth says that his default is to believe the author. They’ve spent the time writing the book. Usually there is a publisher involved so they vet the reasons why. He doesn’t need the reasons why. He just decides if he should do what he’s being told or not.

I think that’s a good way to blog. If you have something, a tactic, that works for you then share it via blogging. Just tell the reader what to do and how to do it.

Lists posts have reached cliché level in the blogging world. But my feeling is that things reach cliché for a reason. Usually because people are interested in them and find value.

There is usually a lifecycle for popular things. They start on the fringes. Then they grow and then grow faster. Then they reach their peak. Shortly after the peak, they’re still popular, but now seen as cliché. And that’s fine.

Then interest fades a bit, but interest still prevails for a long time.

Back to Seth Godin…

He’s been blogging as long as anyone. His style is very unique. Short posts. But his popularity is as high as ever. He often writes thoughtful observations on life. His life mostly, but also humans that he encounters. He usually includes some element of the business world in his posts as well.

These types of posts are often considered thought leadership. I don’t necessarily like that term. I think it’s more about taking time to think about the world around you. Then, when you see a pattern or something interesting, share the observation with a blog post.

Many of these posts will be great thoughts, but they won’t hit home fully with your readers. At least not all of them.

But once in awhile something will really hit home and be a home run post.

Businesspeople often shy away from these types of posts. I’ve been trying to write more of them in recent years.

Think about the current state of podcasting… The most popular podcasts and episodes are usually interviews. They’re just one person being curious about the stories the other person has to share.

Storytelling is one of the oldest forms of communication and learning in human history. We’re evolved to find all kinds of meaning in stories. The best stories are those that don’t try to make a message hit home. They’re just stories.

Finally, include some element of experimentation in your blogging. Say about 10% of the posts you create. If you have an idea for something new, do it. If someone on your team has a suggestion, do it.

You never know when you’ll stumble on a new formula that will be a home run.

This was a theme in Jim Collins’s Good To Great book series. Companies that found the most success, especially coming out of failure, often found their next big hits with little experiments going on behind the scenes.

There is a local company near me called Leinenkugel’s brewery. They’ve made the same beers forever. Their original brew and their light brew. Along the way, though, they’ve constantly experimented with other beers. Many fail, but since their small experiments, customers don’t care and the company doesn’t go bankrupt.

About a decade ago, one of those experiments, Summer Shandy, was released. It quickly became popular. The initial interest was so strong that Leinie’s invested more into production and distribution. Sales boomed and the beer quickly became the company’s best-selling of all-time.

There are a few basic types of business blog topics that work consistently. These are ones that have persevered through all the trends and weird things. I don’t have anything against those trends. But I’ve found that it’s best to have a few staples along with some experimentation. That, along with a long-term outlook, should keep your business blog and content strategy going strong for a long time.