Seeking A Legacy Is A Fool’s Errand 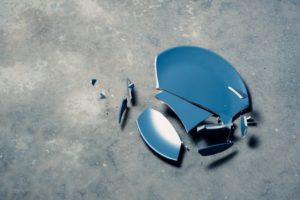 Sometimes you’ll hear people talking about leaving behind a legacy.

It certainly seems like we remember some people fondly, some not so fondly, but mostly…we really don’t remember people at all.

It’s just the way it kind of goes with life. Time passes, generations go by and eventually our memory just kind of fades into the background.

But can you leave a mark on the world? Can you be remembered fondly for generations?

Is it even worth thinking about and working for or is it simply something that happens?

Two people come to my mind when I think about legacies in the last few years.

Throughout my life there have been a number of moments that have stuck out in my mind. A few of them have come while watching Arnold Palmer play golf with my dad and my mom’s dad, my grandfather.

My dad loves golf and has been a fan for a number of years. He’s a baby boomer and Arnold Palmer was like a father figure for future golfers that grew up in the ’50s and ’60s. Jack Nicklaus may have turned out to be the better player, but Arnold was the one that was most loved.

My grandfather and Arnold are roughly the same age. I haven’t confirmed it, but I’m pretty sure my grandpa started golfing sometime in the ’60s as a direct result of Arnold making it cool and important for people to golf. My grandfather sold insurance in a small town in Wisconsin. Golf was one of the ways he could meet people and build his reputation in the community.

Arnold Palmer passed earlier this year and it was obvious that he had an impact on a number of people. It seemed like everybody in the golf world (and even beyond) had an Arnold Palmer story.

Palmer will likely be remembered for many things long after he’s gone. The three that might live on longest are his total number of professional golf wins, the hospital he created in Orlando and the drink that has his name, The Arnold Palmer (about 75% tea and 25% lemonade according to the King himself).

Brett Favre arrived in Green Bay in the Spring of 1992 with a chip on his shoulder. He felt he wasn’t wanted in Atlanta the prior year and basically disengaged himself.

But he was rejuvenated in Green Bay and helped to bring the team back to greatness. He became revered throughout Wisconsin as an almost god-like figure.

Then in 2008, after years of publicly debating about retirement, he retired. Then he later expressed a desire to come back to the team. Head coach Mike McCarthy talked to Brett about considerations for his legacy.

Favre came back and said:

Basically, there was a conversation between leadership at the Packers about preserving Favre’s legacy as a Packer. Favre didn’t seem to really care about his legacy. Once the Packers told him they had moved on he was ready to play elsewhere.

Favre did play elsewhere. He played for the Vikings, Green Bay’s arch rival. And it left many fans angry. The idea of their hero, their god, coming back and beating them was too much to handle. It divided Packers fans.

Just this last year, the Packers brought back Favre to honor him and to retire his number. It had been over five years since he’d last played a game, a long time for arguably one of the most important players in team history.

Memories fade, but currently Brett Favre’s legacy in Green Bay is that of both hero and betrayer. It maybe wasn’t that he betrayed fans, but maybe that he simply opened the idea that he never cared about the Green Bay fans as much as they cared about him.

What You Do Every Day

Arnold’s is pretty flawless, but not without fault. Brett had many great attributes, but also had his warts.

Ultimately, the greatness they achieved and the lives they affected were a reflection of the actions they took every day. Right now the legacy of the two men above seems to be a pretty good representation of the way they lived their lives every day.

Arnold was raised to treat people with respect. His dad taught him to respect others no matter their social class. Arnold had the discipline to carry this through in his every day life. He would write his autograph perfectly legible so his fans would feel special. He always made time for the fans.

Brett was always a dual personality. He would take risks to do things others didn’t even consider. That also resulted in some heartbreaking consequences. Favre was very caring, but also felt a need for others to want him. A great asset was his ability to live in the moment, but it also caused him to difficulty in making decisions for the long-term.

For both men, it seems that the way they lived their lives every day ultimately became their legacy.

So can you plan for a legacy? Can you seek a legacy?

I think it’s ultimately a fool’s errand, a task doomed for failure.

I think it’s possible to plan for a legacy, but if you chase a legacy I think you’re going about it the wrong way. A legacy is not something achieved with a few accomplishments over a lifetime.

A legacy is the culmination of what you do every day.

It starts with your core values. These are the things most essential to your being. They drive who you are, what you do and how you relate to the world around you.

Arnold Palmer seemed to have the core value of respecting others. Sure, he slipped from time to time, but for the vast majority of his days he was respectful of people. He recognized his core value and had the discipline to make decisions based on that core value every day.

That’s not easy to do.

If you’re looking to build a legacy, look to discover your core values. Then have the discipline to live by them each day, no matter how difficult the situation.