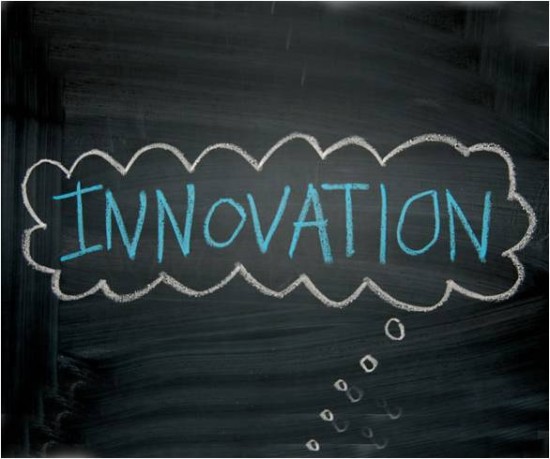 This post was inspired by Neil Patel at QuickSprout – 15 Things I Wish I’d Known Before Starting My First Company.

It’s just about four years ago when I started my first blog. I had no idea what I was doing. All I knew was that I liked reading blogs and I felt this urge to start trying it myself.

Since then my life has changed. I’m not sure it’s all because of blogging, but it’s at least partially responsible.

Blogging has been great, but looking back there are something things I wish I knew now that I didn’t know then.

Check these out and if you’re starting your first blog hopefully you can learn from the things I’d change.

I still look back on some of the posts at Hunting Business Marketing and cringe. I’m not going back to change anything, but man…do a few of those posts need it. Actually, things aren’t that bad. i focused on making the posts readable, but the paragraphs are indented and the headings are all bold instead of properly created with the heading tags. If I could I would go back and do a few Google searches on basic blog formatting.

2. Chase the Right Kind of Traffic

This is a big one and still is today. Those early blog posts get really weird traffic and much of it comes from the images used in the post. It’s great to get traffic, but so much of it is useless traffic. You’ll always get some of that, but the more you can optimize your traffic the better.

Actually, I did this more when I first started. With every post I would link to at least three other related posts on the web. This was great because it grabbed the attention of other bloggers, which can only lead to good things for new bloggers (or any blogger). It’s more of a reminder to do more of this again.

Again, I need to do more of this because as one person you only have so much time and effort to put into blogging. Guest blogging is a great way to build up your collection of posts, which work as assets for your blog and company.

I did this on occasion and it usually led to some really great things including relationships. Today on this blog I write occasionally about great business blogs. It’s a good change of pace for the readers here and it talks about another business, which gives them an interest in making the post successful. The more people involved with the post the larger the audience is for sharing the content.

6. Do More Work on What People Wanted to Read

I’m still working on this and over the years I’ve continued to learn. I still wish I knew more code. There is no excuse not to because everything you need to learn is available on the Internet and mostly for free. Having a little knowledge of basic HTML, CSS and PHP will greatly help you with your first blog.

Every time I talk to other people or read posts they’re always talking about how they wish they would have started an email newsletter sooner. There is nothing more important to the success of a first blog than gathering email addresses and building a list of people that you can market to and interact with later on. Do it now. Put it as one of the launching strategies for your blog.

Back in 2008 Twitter was really getting going and I was tweeting like crazy. Since that time I’ve moved away from tweeting as much. The focus for my content goes into my various blogs. I still use Twitter to monitor things, but for creating it’s all about the blog. Why would I want to give Twitter content when I can give myself the content?

It’s best to earn traffic from a wide variety of sources. The Internet is a fickle place and at any time you could lose a traffic source. It happens all the time and people freak out because they could lose SEO traffic or social media traffic. Google is always coming out with big changes to the rankings and you never know when Twitter of Facebook will be down. I fell into this trap a couple times. Now my focus is on spreading out those sources and focusing on the email list because it’s something I control.

I actually created some lists early on and they always seemed to work really well. I wish I had created more of them. They still work today, four years later, so I guess now I need to take my own advice and continue to create more of them. People love lists and probably always will.

People also love comparing things. The best post ever on that first blog compared how funnel deer hunting is like natural SEO. It was actually tweeted by Chris Brogan (I have no idea how he found the post). That really sent quite a bit of traffic to the site that day and beyond. It was a great thrill for a first time blogger. Thanks for looking out for the little guys, Chris.

I did the occasional guest post back then, but I should have been doing more and I should be doing more now. It’s on my list and needs to move up in priority. Guest posting is hard. You want to impress people and write really great posts. After all, they’re being nice and letting you have access to their audience. It’s one of the best ways to build your own audience when you’re starting out.

It’s only fair that if you want comments on your blog that you do a ton of commenting on other blogs. Don’t do it with the expectation of anything SEO. Do it because you want to add something to the conversation taking place on the blog. Pay it forward and you’ll see more comments trickling in to your own blog. Again, this is what I need to do more on for GBW.

Nothing will get you more attention on your blog than being controversial. If you want to get people riled up you need to write about topics that cut through the middle of opinions. It’s really hard to do for some people that are not controversial. For some it’s easier I think, but it’s difficult for me. I still need to work on this because it’s a great way to get attention to a blog and business.

Outside of linking out and guest posting there are other ways to collaborate on content. You can do interviews or co-written posts. Again, the more people you can have involved in the creation of content the larger the audience will be. That leads to more attention for both. Partnerships are great for blogging.

Man…looking back on 2008. There was some real opportunity to focus on video. I’m starting to do it more now with HunterShare. There will eventually be some here on GBW, but I wish I’d known how to do it back then because now I’d be more knowledgeable. People love video and they will only continue to demand more of it in the future.

I fall into this trap too with posts. It relates to being non-controversial. The more you have opinion the better you’ll do as a blogger. Sure, you’ll have haters, but if someone hates you it means you’re doing something that people feel emotion toward and that includes people that will love your content. If you have people that like your content you won’t have anyone that loves it. You only get love when you also have hate.

I used quite a bit of images back in the early days and I still try to now, but the more images you use the better off you’ll be. People are visual and screenshots and other images are great for bloggers.

I’m really lucky that my significant other is a designer. Every blogger needs to know a designer that they can collaborate with. You can pay them for things or offer to write for the in exchange for a little design work. They’ll help make your blog look better and your posts better too.

When you’re creating content it will take up some of your time especially early on. You’ll need to create a Stop Doing List to make sure you have the time to create content. If you really want content to be part of your life and business you’ll need to eliminate less important things like tweeting and checking out Facebook. They’re not worth it. Businesses are starting to forget Facebook all together. I’ve only had a FB page for CML and it’s a simple place for some readers to subscribe. I put zero effort into the page.

There are people out there that want to write, but don’t want their own blog right away. Find those people and have them create content on your site. Give them a place to create and give them freedom within a basic framework. I do this with CML and it has been really great for that site. I need to do even more of this with CML and right here on GBW.

23. Think About The Future

It’s really easy to get caught just writing blog posts every day. There needs to be some thought about the future. I guess I eventually did this by creating Ghost Blog Writers, but it’s still an issue. You can get caught up doing activities (writing posts) instead of doing work (thinking critically about strategy).

Social media is still important for blogs. People really look at your tweets in general and look more at the ones that have the most tweets and shares. It’s important for that respect and it does matter. I’m still trying to teach myself this one because people care about it even if I don’t think it matters that much.

I did have fun while blogging. As I mentioned, I got to meet a lot of great people and looking back on those posts there really are some good ones. Don’t fear failure. You’re ultimately defined by your successes in life. That’s all that matters and it seems like that’s a trick successful people have figured out. Focus on succeeding in the long run and forget about making mistakes because if you fear failure you’ll never get anywhere.