Is It Worthwhile To Apply for Small Business Awards 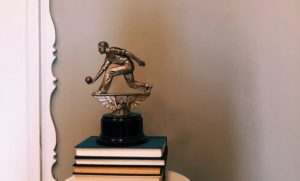 There are a number of awards in the business world.

There seem to be awards for just about anything. I’m a fan of country music and it seems that every couple months there is a new award show coming on to showcase the artists and the songs.

It’s certainly nice, but after awhile you wonder what it’s all about. I think they often start out as something genuine. A way to recognize the good work being done. Or to reflect on the way the consumers in the industry feel about the brands or artists that are making something special.

But it’s a fine line. It’s subjective. There is definitely a level of politics going on. And that’s all fine and good.

For a small business it can certainly be worthwhile to invest the energy into winning industry awards. But I think you have to go into it for the right reasons. A big reason, as with most things in business, is to increase sales.

Showing that you’ve won an industry award can provide proof to potential customers that you’re worthy of their attention. If someone arrives on your website and is shopping around for what you’re selling they may notice a mention about an award you’ve won.

That can win a little trust. As consumers, we look for little hints that a product or service is going to do what we want it to. An award can provide that just as a referral can or seeing many other people using the product.

Some people are early adopters. Some are late adopters. But a vast majority wait for things to mature in an industry or with a business. They want to see that they’re not going to get burned if they make a buying decision.

Awards can provide a little proof that you’re a safe bet. At least safer than some of the competition. It doesn’t guarantee anything, but it can make things tip a little more in your favor.

This is a big one. All brands are competing for attention. Gary Vaynerchuk is all about this. For more information on getting attention, follow his stuff.

Many brands are leery of building awareness. They take it when it comes by happenstance, but many won’t spend money or effort to work on getting attention. They want to see the return on investment. They want guarantees that their time is well spent.

But awareness is often indirect. You do something to get your brand noticed by 1,000 people. Then six months from now someone is in buying mode and they talk to one of those 1,000 people and your brand comes up. The buyer goes Google, searches for your brand name, lands on your website and contacts you.

That’s very indirect. You probably chalk that up to an SEO lead. But really it was awareness that led to the sale.

Some businesses really aren’t that different. Pepsi and Coke? Most people can’t tell the difference if they can’t see the labels on the bottles.

Winning awards takes energy, as we know. But if most companies in your industry aren’t putting effort into awards it can be a big opportunity to stand out and differentiate. That can certainly lead to sales.

If you’re going into awards to stoke your ego or something along those lines you’re probably going to be disappointed in the long run. People often receive awards and think, “This is it…” after winning. It’s certainly nice, but the world keeps on turning. The new thing comes along.

But there are good reasons to go after awards. There is no guarantee that the things above will happen or that they’ll have an effect on your bottom line. But nothing is guaranteed in business and marketing. Going after awards may be the right choice. But it’s your call to make.