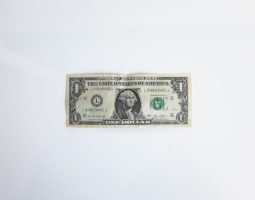 When I first got into the working world it was 2007.

The industry I entered had just had one of its strongest years ever.

Some red flags started cropping up in 2008. Then things seemed to fall off a cliff.

The following year, 2009, was basically about survival and getting through it. And when you’re in that kind of mode you’re pretty much looking at all options. Or at least it feels that way.

One thing that we did was a little bit of discounting. Many others in the same industry jumped right into discounting. Then they offered stronger discounts. Then they continued offering discounts for the next few years and then things got interesting…

Where I was, the team decided to more of a permanent approach. Not quite the steep discounts or the competition. And more of a long-term view that basically was, “These are the new prices for the long-term…”

I really liked that approach.

On the surface and on top line numbers it seemed like we gave up some business in that year or so timeframe. But as 2010 and 2011 came along it was obvious that the plan was working pretty well. At that time, our products were slightly different and slightly higher priced and we were seemingly attracting more customers.

Meanwhile, others that were doing steep discounts found themselves in a position where they were attracting a new type of customer. One that skewed more toward buying discounts than buying products.

Over the long-term, even 3-5 years, the audience for a product learns the pricing strategies of the various companies. Every customer wants good value. Some skew a little more toward getting a product they want while others skew toward getting a reward for a great discount even if the product isn’t objectively better.

Targeting either one of these customer segments is fine. But going back and forth between them can fragment your business. So it’s good to stick with one strategy. Especially for the long-term.

Look, sometimes you have to do what you have to do to stay in business. But even in times of extreme stress, like those in 2008-2009, do your best to consider the longer term.

Discounts are things customers come to expect. The moment you give them, it’s really difficult to work back the other way. That can be good or bad. It just depends on the strategy you want to employ.