How Your Social Media Reputation Affects Your Job Search 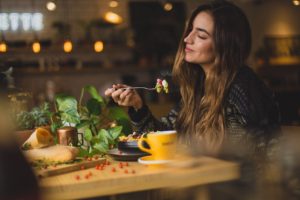 The interesting thing about that survey is that the number is increasing. It was up from 52% the year before. And you can probably bet that the number will increase at least for a few years until it reaches a steady plateau.

Hiring decisions are incredibly important for businesses. A mistake can mean lots of lost money, energy and time.

Most businesses and organizations are not plug and play, so to speak. There is a training and adaptation period for most positions. Beyond the initial money, an organization must onboard its employees.

Get it wrong and there is some loss. Obviously businesses know that they’ll have a few bad hires. it’s the cost of doing business, but it doesn’t mean they like it. And they’ll use all tools available to make the most informed decisions possible.

And that includes social media.

What Businesses Look For When Hiring

The biggest thing businesses look for when hiring someone is culture fit. Maybe vision fit or whatever you want to call it.

Businesses want people that share the same worldview as the business in general.

As a candidate, do you share the same values as the company? Do you buy into what the company wants to do in the future?

That’s pretty much it when it comes to the big thing.

Obviously you need to be competent at your job or tasks. You need to have skills, but businesses now know that skill can be acquired. It’s much more difficult to find people that share values and buy into what the company wants to do.

Here is Google’s hiring page. In the first paragraph they say that they value curiosity, passion and a desire to learn. Those are some of Google’s values in how they run their business. They talk about how they train new recruits. They seem more focused on bringing in the right kind of people from a values perspective.

Your Values On Social Media

There’s an old saying in the world that money and success don’t change your character. They amplify your existing character.

I think that applies to social media in a way.

Social media doesn’t define who you care. It does amplify your character.

There was that other old saying about how it’s one thing for people to think you’re a fool. It’s another thing to open your mouth and prove them right.

That’s a good rule for social media. It’s one thing for people to think something about you. It’s another to share your thoughts on life on social media and prove them right.

Hiring managers will ask you questions in an interview to learn about your values and your worldview. They can glean insight over the phone, in email and in person.

But hiring managers know that they might not get the full story in those scenarios. And traditionally they can talk to people you’ve worked with in the past. References. Past bosses. Co-workers. All those sources.

But now they can also use social media.

If you’re open on social media it’s a great resource for hiring managers. They can see how you react in all kinds of situations.

Hot topic debates with friends, family and followers. They can see how you respond to certain situations. Maybe situations when you’ve been challenged on something. Maybe a moment of crisis or passion.

You might not find this very appealing. It would take some time in many instances, but if a business is serious about hiring you they’re going to be going through your feeds. Why shouldn’t you?

Once you’ve gone through your feed and maybe cleaned things up a bit it’s good to look at how you want to use social media in the future.

Look, nobody is perfect. Hiring managers know that. They don’t expect you to be a perfect human being. But it’s still a good idea to try and remove yourself from certain situations on social media where you might make yourself look bad.

Arguments with people. Certain hot topics that really bring out your passion.

Setting a few rules for yourself or setting up a framework for how you use social media can be a really good thing. Maybe you don’t remove yourself from all situations. Hiring managers don’t necessarily want robots. But removing yourself from most might be a good idea.

For example, a good rule might be not commenting, at all, when it comes to politics. But if it’s about sports maybe you’ll let your personality come out a bit.

This is obviously just one school of thought on this topic. You might think that you are who you are and it’s good to let that come through on social media. This way a business can get the full picture and if they accept you for who you are then you’ll be a good fit when you are hired.

In either case, hiring managers are using social media to get a picture of who you are as a person. It’s good to be mindful of that fact and think about how you want to use social media as a result.