How To Identify A Target Market 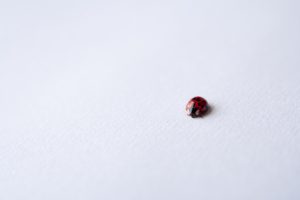 Most businesses struggle with a lot of things, but especially difficult is positioning of the product and target market.

It’s easy to read about the importance of a target market. It’s a simple concept. But it’s not easy to put into practice.

The biggest hangup seems to be getting over the idea that by picking a target market that you’re shutting out people from buying your product. You’re usually shutting out a lot of people.

That doesn’t come naturally for most people. But it’s what just about all successful businesses do.

Perhaps the most famous example was when Steve Jobs found his way back to Apple in the late ’90s. He drew four cells on a board:

There are a lot of people in those target markets, but not as many when you compare it against everyone in the world. And the cool thing about those quadrants is that Apple has stayed pretty true to it even today. They create products that fit those quadrants.

But it wasn’t always that way. You could say that the initial Apple created a product that later found a target market. Then they lost their way with too many target markets. Then Jobs brought them back into focus by simplifying the approach.

Established companies lose their way all the time. Apple, Microsoft, etc. If it happens to them you can bet that just about every startup or small business will struggle.

So what can you do? How can you identify a target market?

Here are a few ways…

Some businesses succeed by creating a product and finding a market for it later. More businesses do it by identifying a problem, often one they themselves have, and creating a solution.

Either way, it usually starts with experimenting. Often it’s experimenting on top of a solution that already exists. Look at most success businesses today. Established and startups. Most haven’t created anything new.

Little experiments usually turn into big things. If you’re looking to identify a target market, focus on experimenting as a strategy. Experimenting with products, services and markets.

Create something. Put it out in the world by giving it away or trying to sell it. See what happens.

We all want a sure thing in life. But the reality is that we often have to make ourselves vulnerable to find success.

Building on the idea of experimenting.

This is an idea focusing on finding one person with a need. Create a solution. Test it with them. Expand from there. Keeping your focus as narrow as possible for as long as possible.

The trap with target markets is to broaden the focus too quickly. That leads to solutions that are watered down and unhelpful to anybody.

Let’s take cell phones for example. In the early 2000s, every cell phone company wanted to create a phone for the masses. Most failed. But Nokia really seemed to hit on something when they created something that was easy enough for “my grandma” to use.

That’s been a useful strategy for many tech companies. Make it so easy that grandma can use it. That’s actually focusing on a very small target market. Build it for grandma. Chances are that more people will still find it useful.

But it’s not guaranteed. The trap is to try and please everybody. Do that and you’re getting away from the idea of a target market.

Many of the most successful companies begin by finding a problem and then finding a solution. Many entrepreneurs often see trends in their markets and experiment with solutions to see what the future strategy should be.

Sam Walton, for example, was running a regular Ben Franklin retail store. He saw that customers were seeking out lower costs. He experimented within the guidelines of the franchise and could see potential. He lost his store through a shady move by his landlord, but then he launched his first discount store and Walmart was born.

Another way to do this is to look at job boards. LinkedIn has one of the best. You could also talk with recruiters and see what companies are demanding in terms of employees and tasks.

Identify trends and create a service-based company that provides a solution for the demand. Your target market will be other businesses. You can often filter the businesses on job boards by size, location, etc. to narrow down your focus and target, which is a great strategy.

You can focus on one person. Yourself. Your grandma. If you don’t want to do that then look at something like a job board and do the same thing.