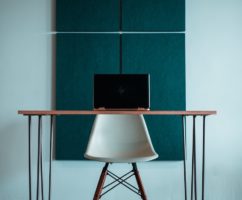 I’m intrigued by the songwriting process. Particularly how it seems to work in Nashville. For decades, the job of songwriting has been to go to a room, usually at a publishing company office, with another writer or two for a scheduled session. I believe the session is scheduled for four hours. So a writer may have two sessions per day for five days each week.

The goal in a session is to write a song. Take a title idea, write it and record a demo to give to the publisher so they can decide if it’s worth pitching to producers, artists, etc.

It’s not a romantic way to think about songwriting. But it’s the way most of your favorite songs are written.

Some songs are obviously written differently. Some take years to write. I think Axl Rose, of Guns N’ Roses, took years to fully complete November Rain in a way that he loved. I think he had the song idea before the band’s first album, but didn’t have the band record and release it until their second album.

Some artists also write songs quickly by themselves. I believe Bernie Taupin and Elton John said that it took them about 20 minutes to write Your Song. Maybe it was ten minutes for lyrics and ten minute for music.

The main takeaway is that there are lots of different ways and timeframes to write songs. But it seems that the most common is about a 4-hour songwriting session.

How Long Does It Take To Write A Blog Post

A question I often get about blogging is how long does it take to write a post.

Like songwriting, it can vary greatly, but there is typically a common period.

This has a few caveats though…

One would be that I like to have titles prepared ahead of time. Songwriters often do this as well. They keep notebooks with written titles. They keep notes on their phones. They may even record voice memos where they sing bits of songs and record them for later. I heard Alan Jackson talk about how he did this recently. He recorded ideas for songs for five years. Then he was ready to write songs for an album and he went back to these ideas and finished songs.

Two would be to include notes with the titles. If I have a title I sometimes just start with that and go. But I often leave notes that include some additional thoughts and context for the title. I might include a few key points. I might include a few links to research that I came across. It almost works as a mini outline to help me write the post.

Three would be scheduling time to write and complete the post. I like to schedule time during a certain part of the week to write posts. I block off a lot of distractions during this time so I’m able to write a post and really focus. I find this helps to get the post done in about an hour or two.

Obviously there isn’t one answer for this question. But 1-2 hours to write a 1,000-word post is reasonable. That is if you separate some of the work. And will every post you write in an hour be great? Nope. But some will. It’s similar to songwriting and other creative endeavors in this way.

But it’s a good gauge.