How Do Deal With Time Stealers In The Office 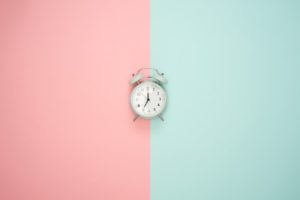 You would probably agree that time is one of life’s greatest resources.

After reading biographies on a number of successful people with interests and success in all areas, one key thing that came up was how they all wished they had more time. Or that they had been more protective of their time.

It wasn’t the achieving that meant so much to them. It was the build up. The work that went into it. And the feeling that they wished they could do that part over again.

Talk to an 80-year old person that has lived a great life and they will almost universally trade places with a 20-year old. No matter how well off or downtrodden that 20-year old is. That young person has the gift of time. Something that no amount of money can buy.

But it’s never too late to start spending time with more control. Even in your 80s.

For this article, let’s focus on a big area of wasted time: work.

I’m talking specifically about the Time Stealer. Those that:

You know them. Bosses. Co-workers. Partners. Vendors. You probably even have some in your personal life.

Hopefully you aren’t one yourself. That’s a different article.

This is what it takes. Warren Buffett talks about it all the time. It feels strange to think about saying no in the office when you’re trying to make yourself appealing to co-workers and trying to climb the ladder with your bosses. And there certainly are times when you can’t just tell your superior, no. But more on that in a bit.

We live in a world where it is very easy to say yes. We feel obligated to help others. Some of us express our love and care this way. It pains us to tell someone no when they ask for something. Even if it’s small. But eventually this wears you down and you lose your time.

It can also bring about the feeling that you’re going to be lonely. And that may happen. You can build a reputation for telling people no and eventually they will stop asking. That’s a good thing, though. Now you have more control over your time. You can focus on the things that matter, including how you spend time with others. You can seek out specific projects and help in specific ways.

Asking What To Remove From The Bucket

This is specifically for your boss, but it can work in a few other situations too.

I believe that life is like a bucket. The best way to accomplish something is to carry a half-full bucket. Too little, and you’re not going to get enough done. Too much, though, and you’re going to spill and struggle. Most of us have a bucket that is too full. Full of tasks.

Create a priority list with your boss. Do this at least every year. Schedule out your time so you have everything accounted for that is on the main priority. Now, when the boss comes with an “urgent” response, simply ask them what they want you to remove from the bucket to make room for the new to-do item.

Most times the boss will realize what they’re doing. They will quickly assess how important the new item really is versus the recency bias they are feeling. Sometimes they will want you to remove something from the list. But often the feeling of urgency will pass and you can continue working on the previously assigned task.

You’ll often see people today with good intentions. They want to help others. But they often can’t help themselves. Their helping is a way to make themselves feel good. And it really is a good feeling to have. But it’s often to avoid looking internally and changing themselves.

Not everyone will follow your lead with respecting the time of others. But it’s critical to begin with yourself when it comes to assessing how you handle your time at work.

Cal Newport is the best when it comes to understanding the role of technology on our time. Often, we’re our own worst enemy when it comes to stealing time. We reach for our devices. We click on apps all the time. It seems harmless. It seems like it saves us time to buy the phone and do all these things.

Sometimes that is true. But many times it’s not.

Here is what I’ve found, when you start cutting out tech, like phones and streaming services and more, you start to realize how much time you have. It’s kind of a shock to realize that you’re stealing your own time.

Bill Murray may have been the original in communication tech. In the ’90s, he setup a 1-800 number. That’s the only way people in the movie business could contact him. He had to limit himself on how available he was. And this was back before email and before cellphones and then smartphones.

Bill Murray’s career didn’t suffer when he controlled his tech. Many would say he’s thrived and has been able to sustain success for a very long time.

Time stealers are everywhere these days. But you can’t blame them for stealing your time. Most have good intentions. They have good opportunities. It can be good to participate some of the time. But it can drive you crazy. It can lead to inefficiencies that lead to burnout.

You have to take control of your time. With those around you and with yourself.