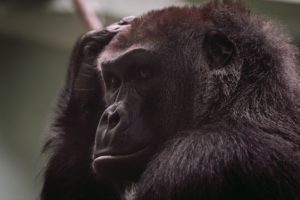 A study from a little while ago found that only 5% of US adults that use social media said that social media had a great influence on their buying decisions.

The goal of any marketing strategy is to sell. It might not be the direct result, but it needs to lead to a sale.

But social media can be frustrating. It’s not really a direct-to-sale type of marketing effort.

If you’ve been frustrated with social media, though, there is still hope. You could be doing just a few things a little wrong and a change could turn it around  for you.

Here are some of the common reasons why your social media marketing isn’t working.

It’s challenging to get a following and to get engagement on social media if you’re not posting.

Even once a day might not be enough with social media. It might be once you have a little bit of a following, but when you’re trying to get people to follow you then you need to post…and probably post a lot.

A good place to start?

Why not start with 10 times per day.

Use hashtags to your advantage. Mention people in your industry when you’re sharing. Mention your customers.

And if you have a direction from the beginning it’s important to commit to that strategy.

It’s a vision for what you want the social media effort to be.

Let’s say you’re a local brewery. A direction for your social media could be a place to connect with people before they come to hangout at the brewery. The direction could also include being a way for all the people that do come to connect over their common love for beer and for your beer and atmosphere.

From that direction you can better come up with ideas for sharing. You can share gifs about how much of a struggle it is waiting for happy hour while at work or how enjoyable it is to have a first taste of beer after a long day at work. You can post photos from fun events so people can see themselves having fun with others.

Reason #3. No Separation Of Ideas & Posting

It’s hard to sit down in front of the computer or even on your phone and try to figure out something to share on social media. It’s hard for anybody. It’s a form of writer’s block.

To eliminate that struggle it’s good to separate the idea process from the posting process.

Then put those ideas in the queue, which could just be a little running list and when it’s time to post something you have it ready in the queue.

Mix those in with the off-the-cuff stuff and it’ll be easier to avoid writer’s block.

It’s fine to work in some promotional things. if we go back to the local brewery as an example then telling people that you have a new beer or that they should come and enjoy the back deck because of the nice weather is totally fine.

Social media is about being social. It’s not usually about sales, but it’s about building connections and relationships. It’s about meeting new people and a way to do that is by talking about what’s going on in the world. Treat social media more like small talk and fun talk with friends and new people that you meet.

Reason #5. Not Asking For Followers

One of the big issues could be that you’re not asking people to follow you.

I golf at a local golf course here. It’s a public course; nothing too crazy, but they have decided that Facebook is going to be the main way that they keep in touch with their customers.

And the great thing they do is tell people to follow them on Facebook. During the annual league meetings they make sure to tell everyone to follow on Facebook for updates on weather or changes to the league each week.

Reason #6. Too Many Channels

A really common issue for some businesses is jumping on too many social media channels.

They may be missing out on the few people that use the other channels, but they’re more engaged with the followers they have on Facebook than they would be if their resources were spread too thin.

Reason #7. Too Many Voices

But if you get too many voices involved then the message will get diluted. It will get less interesting. You probably won’t be posting as often and things just get jumbled.

We all read the social media horror stories, but it is very rare when a business posts something and the world comes to an end. Things happen. Mistakes are made. People get over it and move on.

Don’t get too many voices involved because it will lead to diluted posts and fewer posts.

You’re not the only one struggling with social media if you’re reading this post. Heck, even if you have had success it can still be struggling at times. Some days it can seem like you’re posting and that nobody is paying attention. Hopefully some of the insight above can spark some inspiration and get you back on track. Stick with it because if you do things should work out.