7 Myths About Being Your Own Boss 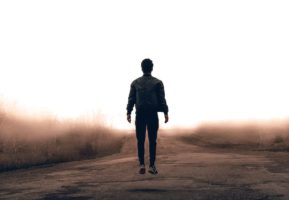 Being your own boss certainly has upside.

For me, it seems that being a businessman was always in my DNA. I would see businesspeople in the world and observe them more than others.

Maybe it was happenstance that I paid attention to those people more. Maybe it was something inside me that pulled me in that direction. I don’t know. But it happened.

I think that’s part of it. I’ve had jobs. I’ve enjoyed jobs. But my plan was always to be a business owner and operator at some point. To be my own boss. To control my own destiny…to a point.

With all that in mind, though, there are still several myths out there about being your own boss. Some that I believed before I got into it and others that I hear and read.

If you believe them it can lead to disappointment and frustration. Even enough frustration to the point where you go down the wrong career path. The wrong path in terms of not feeling satisfied and fulfilled.

Decision making is something that seems to pop up again and again with successful people. The ability to make a decision and build experience with decision making seems critical.

The fear of failure is real though. If you start doubting yourself you’re going to struggle on your own.

And even when the decision seems obvious and easy it can still be excruciating to make. Telling an employee that you’re letting them go is never easy. No matter how right the decision is.

2. Passion Gets You Through

Most college commencement speeches from alumni talk about passion. There is a big thought out in the world that we need to follow your passions. Maybe it’s partly true.

But if Steve Jobs had followed his passion he probably wouldn’t have been a calligrapher. Or maybe a caricature artist.

There is nothing wrong with either of those, but I don’t know that he would have been as fulfilled doing that versus running Apple and then running Pixar.

Passion doesn’t get you through. Not in the sense you think anyway… In the blogging world I see it all the time. People come up with 10-12 ideas for posts. They may even love writing. They start blogging and after a few months the passion wanes. The blog dies.

That happens quickly in business. Passion can take you a little ways. Then you start getting into the process. What you have to realize is that business success is about the process. Getting things down. Working on the operations.

You have to get fulfillment from the process. Not necessarily the results.

3. The Juice Is Worth The Squeeze

And speaking of results…

This is saying you’ll hear sometimes in the business world. Business operators go through a lot of mud to get results. It is often worth the effort (the squeeze) to get a great result (the juice). That’s a decision business operators make all the time. The thing is that many times it turns out to be the wrong choice.

Time is wasted. Energy is wasted. Money is wasted. At least that’s how many people would think about it. Even business ownership in general. Many thing the juice is worth the squeeze.

Yes, results matter. But it really can’t be the number one thing. The process is where you find the most motivation.

4. That You’re In Control

People that seek control in their lives can find a certain amount with being their own boss. You do have control, but I wouldn’t say that it’s drastically more than if you work a more regular job that has a boss. In fact, there are a lot of jobs that offer a great deal of freedom, autonomy and control.

There will always be things in life that we control and that we don’t control. I’ll often see new entrepreneurs become frustrated with the lack of control they feel with their own business. They look at other people when something goes wrong.

It’s really an accountability issue. When problems occur, you need to look at how you might have been at fault. You have to find the aspects of the situation that were in your control and those that weren’t.

It is true that you can work when and where you want when you’re the boss. But the reality is that you usually end up working both odd hours and regular hours on the job. Everybody else, your clients especially, will still keep regular hours. You have to be available during those times to provide your service. The same with your employees. Most will want to work regular hours.

Especially in the beginning and even throughout your career, you’ll also be working off hours as well. There will always be issues that come up outside of the regular operation. You’ll need time to address these. That’s usually after hours.

And since you’re the boss you’re going to be thinking about the business more than anybody. It will always be on your mind.

The smartest people I know in business usually plan for the unplanned. They schedule time during regular working hours to handle issues that come up.

And most still work regular hours. It’s how we’re wired.

Most of the time it’s not enjoyable. It’s still work. Fulfillment may be true. But there is often a lot of junk in the process. You might enjoy it. Just as some people enjoy unclogging a toilet…I guess. It’s not all bad. There are certainly things to enjoy. But no matter what you’re doing there are always challenges and unpleasant aspects.

If you go in thinking it’s way different than working a 9-5 job then you’re setting yourself up for disappointment.

Some people are concerned about their legacy. I think it can be wasted effort.

We’re a couple generations away now from some of the most successful businesspeople of all time. Yet ask most young people and they’ll have no idea who John Rockefeller and Andrew Carnegie were. Let alone James Hill. Most of us couldn’t name half of the US Presidents.

We’re all going to die. With a generation or two even the most well known people of their time are lost to history. When famous people of our generation die we remember them for about a day or so and then life goes on.

It’s not really a good reason to get into business.

There are some good reasons to get into business for yourself. I think the most important reason is that you can’t really live with doing anything else. I look at people like Michael Bolton. That guy couldn’t live without being a singer. He struggled for so long until he found his breakthrough. Much longer than normal humans would have struggled.

He had to love the process. He had to know that he couldn’t live with having a regular job. Even one that paid well.

The perks of his profession did come. But I bet he would tell you that the struggle was the best time of his life.