5 Types Of Comments To Leave On LinkedIn 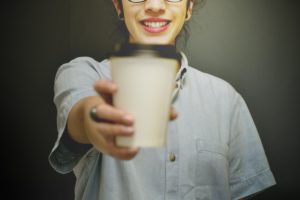 LinkedIn is fertile ground for B2B marketers and salespeople.

Nobody likes unprompted interruptions. Heck, we don’t even like when people call us these days. We get a little angry. We would rather they text or email us so we’re not interrupted and we can decide when to reply.

But on LinkedIn (and other online channels) people jump right to the point. They ask for a connection. The person accepts and then they get an message that starts something like this:

Hi – Thanks for connecting. I sell…

There is another way to use LinkedIn. More and more people are using this method and it seems to be working. Why is it working? The method works on building more of a relationship with people.

The method is commenting.

That’s it. Leaving comments on the content people share on LinkedIn. Sometimes short and sweet. Other times more in depth. But always intended to make the other person feel valued.

Here are some tips on how to comment on LinkedIn for more engagement that could lead to more connections and leads.

One of the cool things that LinkedIn is doing is giving prompted responses. You’ve probably seen LinkedIn alert you to the fact that a connection has started a new job and in that prompt they’ve suggested some type of phrase for you to say congrats. It’s nice because now you know that someone has made a big change that they’re excited about and you don’t even have to type your congratulations. You just click the prompted button and you’re done.

But you can take it a step further. You can write your own little note to the person. Add some personal thoughts. Make it stand out a little more.

Also, you’ll find that people kind of brag a little bit on LinkedIn. “We’re so thrilled to announce this new project…” or “We’re humble to be included in this list…”.

Those folks are excited. You can jump in and feed their excitement by offering some congratulatory thought. You can bet they’ll appreciate it and you’ll stand out.

People love helping others. In fact, it seems that it’s getting more commonplace. Young people today seem to find purpose in trying to help others. Even to the detriment of themselves. They’re very altruistic.

Anyway, you can tap into this emotion by asking questions on the content that others are posting.

Let’s say that one of your connections posts a tip or an article they’ve written on LinkedIn. Read through the content. Make sure you understand it. Then ask a followup question. Ask for more information on the topic.

Most people will be happy to add to the discussion. They’ll be grateful for your interaction and engagement with their content.

You can say thanks in comments a few different ways.

You can tell someone a simple thanks for sharing. You can take that to another level by thanking them for something specific about the content they shared.

You can say thanks for introducing them to an article or a podcast. One that you didn’t know about. Maybe a book or documentary or a software tool that they’re using.

Just a way to show appreciation.

Let’s say someone shares a quick story about something that happened at work. You can jump in and acknowledge their story and then add your own story to add to the conversation.

Maybe it’s a tip that they shared. You can jump in and confirm that they are right by sharing a personal example that backs up what they’re claiming. You make them look good and it helps to build the relationship.

This one is about adding something to the content that someone has already added. But it’s a careful balance. You want to make the original person look good.

Let’s say they share a tip. You can jump in and back up what they’re claiming. Thank them for sharing the tip. Then add your own tip that is similar and that helps those watching the conversation.