5 Social Media Excuses We Tell Ourselves 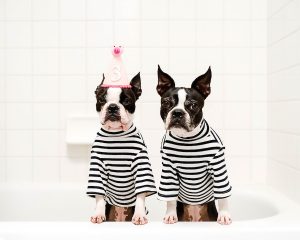 Social media use is at an all time high.

And it continues to increase across all demographics.

Certain platforms may come and go in the coming years, but it seems that social media will be here to stay for awhile.

There are certainly good things about social media.

Heck, I have people I met a decade ago on Twitter that I still keep in touch with. Without the social network I would never have made those connections.

But like most things in life, there is also a downside.

The issues, as with other vices, arise when other parts of life are affected. Letting others down. Damaging your physical and mental health. Performance issues at work.

Here are some of the excuses we tell ourselves when it comes to social media.

The key to it all though is recognizing them and determining if it’s time to cut back so other areas of life aren’t affected negatively.

This is a big one. It’s amazing how we brag about how busy we are yet sometimes we’ll claim that we’re bored so we check social media.

Gary Vaynerchuk has boiled marketing down to attention. Well, not just marketing, but pretty much of all of human life.

Our attention is what matters. To ourselves. To businesses. To marketers.

Nearly everyone in the United States watched the final episodes of MASH and Cheers. Just a couple decades later it’s difficult for a sitcom to get anywhere close to those numbers.

The NFL, however, does come pretty close.

But social media has taken over in terms of attention. It might take up more than anything else.

The key to this excuse is to understand what you do during your bored times. If you have other things you’re missing out on see if you can use your bored times to fulfill something else other than social media.

The challenge is that it’s easy to check social. It’s not easy to work on a side project or as easy to spend time with a loved one.

That brings us to the next excuse. It’s so easy to check social media. Just pop out the phone and pull down the screen with your thumb. You can probably do it in less than a second.

All the latest information at your fingertips.

It’s great, but it’s also a trap. And if you’ve ever been with family or friends and have checked your phone quick you may know that it doesn’t make them feel very good.

Even a quick check can deteriorate relationships.

#3. I Can’t Leave The Them Hanging

This is the other side of FOMO (more on that next). We are so connected now that we feel that we have to respond instantly to all messages. We don’t want to leave people hanging.

Letting a message sit for even a couple hours can make us feel horrible. We don’t want to make others feel bad and it’s the pull of social media that puts that onus on us.

But really we put it on ourselves.

FOMO. Fear of missing out.

The fear can be so strong that we think that we’ll lose the relationship if we don’t nurture it constantly on social media.

We really do it to ourselves. We expect others to be there all the time for us because of social media and we expect the same from ourselves.

If not, we just move on.

But in my experience, these feelings are fleeting. Nothing is ever as urgent as it seems and that which is important is rarely urgent.

We’ll end with this common excuse.

We ask someone if they would ever consider giving up on Facebook. They say that they wish they could, but they could never do it because it would affect their work in some way.

As with any vice, social media can play tricks on us. Gary Vaynerchuck also says that technology, including social media, simply exposes human tendencies. So do drugs and other vices.

The challenge for humans is to recognize the negative side and move the other direction. To find a balance so that social media is being used for good while not ignoring other important areas of life.

Watch for these excuses. If they’re creeping into your life it may be time to reassess.