10 Advantages Of Having Your Own Business 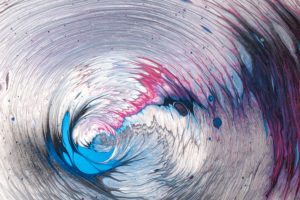 Baby Boomers have traditionally been interested in becoming entrepreneurs. That trend has actually been increasing in recent years, with the number of new entrepreneurs typically being folks in their 60s.

These folks were born during the American High. They came to distrust large institutions during the 1960s and 1970s. As a result, they often started their own small businesses.

Millennials are coming of age during extremely difficult times. Many are seeking security. A large number are looking for that security by starting businesses. But others are looking for work with large institutions.

The great news is that nearly all choices in this regard aren’t right or wrong. There are too many variables. And the answer is different for each person.

But, if you’re considering entrepreneurship, here are a few advantages to including in that consideration…

One of the things people seek the most in life is autonomy. The ability to control their own lives. Or to at least have the feeling that they are in control of what they do and/or don’t do.

Entrepreneurship provides a great deal of autonomy. Now, that brings a lot of responsibility. If anything goes wrong with your business, it ultimately falls at your doorstep.

If you want to really find out if autonomy is what you want, starting a business is a great life step.

Some people, as they age, fall into a pattern of not learning new things. It’s not that their brains are “aging”. It’s a choice. It’s certainly not all people. One of the examples of doing the opposite is Butch Harmon in the golf world. He has widely been recognized as the best golf instructor of all time. And he continues to learn into his 70s.

Owning your own businesses forces you to learn new things. It doesn’t mean you have to change your core beliefs often. It means that you’re always looking for information of all kinds. You’re willing to see what younger people are doing.

You have to otherwise new businesses often discover new innovations.

The only constant in life is change. That can make us feeling insecure sometimes, but being able to adapt to new conditions and realities is a key to living well. It’s also a key to running a successful business.

It’s a weird kind of yin and yang with business. It’s good to understand core values and business principles. Those unique to you and your business. But you do have to be willing to adapt at some things in order to continually thrive.

The best entrepreneurs seem willing to adapt. Not just in business, but also in life.

One of the fallacies about most entrepreneurs is that they love high risk choices. One example of how many entrepreneurs feel the opposite is when Peter Thiel said that, “Competition is for losers”.

You could interpret that in different ways, but I think at least one thing Peter is saying is that he prefers to find high upside, low downside business opportunities. Few or zero competitors would be a great opportunity. You can figure out if there is demand, and if there is you can quickly capitalize on it before others join in.

Even if you’re entering a seemingly saturated market, many businesspeople figure that investing some money and a few years is well worth the potential upside. In a typical job, you have relatively low upside. Even the seemingly low downside has been proven false with the 2009 Financial Crisis and the new crisis, where many have lost jobs seemingly overnight.

One thing that often drives people crazy in large organizations is the lack of ability to make a decision. Even basic decisions can seem cumbersome. Over time, businesses create policies. Once something is a policy, it almost never changes.

Let’s say you start a business. You have some success. Then for some reason you decide you want to go back into the workforce. Many employers see experience running a business and are intrigued. They know the experience is valuable even if the business wasn’t a “great success”.

When you’re spending “your own” money, it seems to dramatically affect your decision making. People don’t like to give up “their money”. We are typically extremely protective of what we already have. The best entrepreneurs seem to have a unique ability to seek out ways to spend a little money with the potential for a lot of upside. They don’t spend for the sake of spending. They will test often. But usually within their comfort zone.

Security is a core human need. Having more control over your financial future is a lot of responsibility. It’s often overwhelming, especially during crisis times. But the control provides a great sense of security. It’s a really frustrating situation to feel that the financial future of you and your family is in the hands of your boss or your boss’s boss. Especially if you don’t trust them.

In business, your team is family. You grow to love the people you work with. You create a sense of belonging with them. I find this to be the case even in a business that’s been remote for 10+ years. This belonging makes you feel good. Business is community. In many ways.

10. You’re Contributing In Infinite Ways To Others

We often think of business in terms of profit. Or maybe in terms of revenue. But it goes way beyond that. It’s creating jobs for employees and vendors. It’s creating innovation that leads to better products and services that make the lives of others more enjoyable and often less expensive.

In 1869, the United States Transcontinental Railroad was completed. The saying was, “Christmas in New York, New Year’s in San Francisco. Less than a century later, you fly from New York to San Francisco in six hours. Today, you can video chat with people instantly.

Starting a business is certainly not easy. There will be new challenges that make it incredibly difficult and off putting to run a business. But the advantages are still numerous. Don’t lose sight of those as we head into the next decade.